How Much Corn is On an Ear?

It can seem frustrating to try a new recipe and not know how much of an ingredient to purchase at the store. Sometimes they call for "1 cup of corn kernels" or "the kernels from two ears of corn". That's a fine description if you are using frozen corn or fresh corn respectively, but otherwise, exactly how much corn is on an ear of corn? In order to help make cooking easier we did some experiments to help tell you exactly how much corn you need to buy.

To answer How many ears of corn kernels make a cup we went to the grocery store to check out the produce section. When talking about sweet corn, a small ear tends to measure less than 6.5 inches long and a large ear more than 7.5 inches. Therefore, a medium ear usually falls somewhere between 6.5 and 7.5 inches long and 2 inches across at the widest point. For our test samples we purchased medium ears of corn and headed home to the kitchen.

To answer the question How much corn is on an ear we removed the kernels from medium ears of fresh corn. While the yield of the corn kernels will obviously vary by the size of the cob, it was surprising to see a heavy 1/2 cup to a 3/4 cup result range within the "medium" size corn cobs. More often than not, our medium ears of corn produced 3/4 cup of kernels when cut from the cob.

Did you know that corn is technically a grain, not a vegetable; it is a cereal crop that is part of the grass family. The ear is really part of the corn flower and each kernel is a seed. Corn will always have an even number of rows on each cob. Popcorn is a special type of corn grown that when heated it bursts into hot, fluffy kernels - yum! And corn is used to produce fuel alcohol which makes gasoline burn cleaner, reducing air and water pollution. 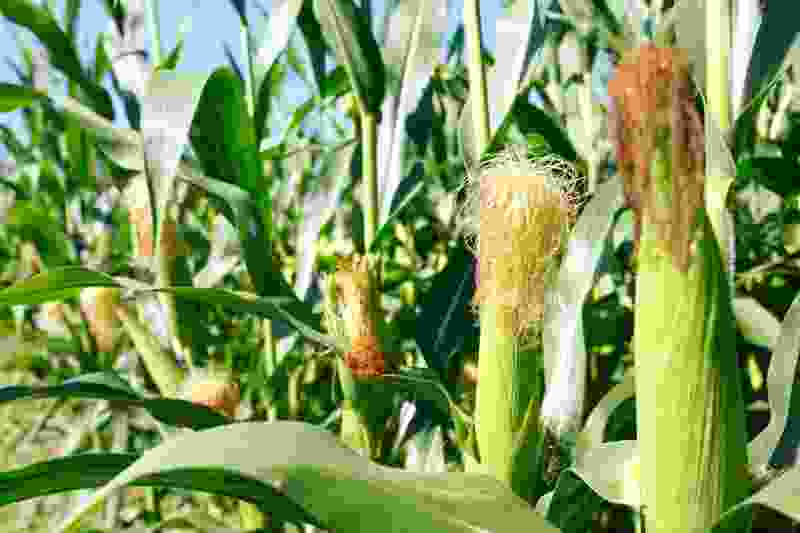 Now that you know how much corn is on an ear we hope this will take away some of the guesswork when trying to substitute fresh and frozen corn in your favorite recipes. You can also use our conversion tool below for any custom how many corn ears in a... measurements you need. If you de-corn a lot of ears by just using a knife you should definitely look into getting a good corn stripper to greatly speed up the process. I feel comfortable recommending the Kuhn Rikon Corn Zipper since it's inexpensive, easy to clean and I use it at home!

Custom Conversions for Ear of Corn

One Ear of Corn Equals

Corn is a tall grain that grows large elongated ears of corn wrapped in leaves with silky threads sticking out the top. Besides corn, it is also called maize. This vegetable is one of the oldest domestic crops. 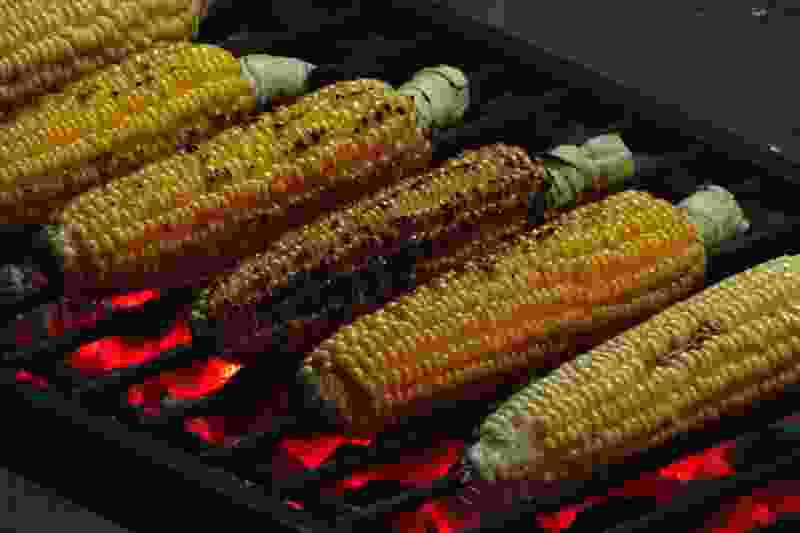 Is Corn a Fruit or Vegetable?

Since corn is a grain and grains are a type of fruit, technically, corn is a fruit (and a grain). Just like tomatoes and green peppers are also really fruits, in society, we typically eat corn as if it was a vegetable.

What Are the Types of Corn?

There are several common types of corn.

• Sweet corn - what we eat with a meal - high sugar content 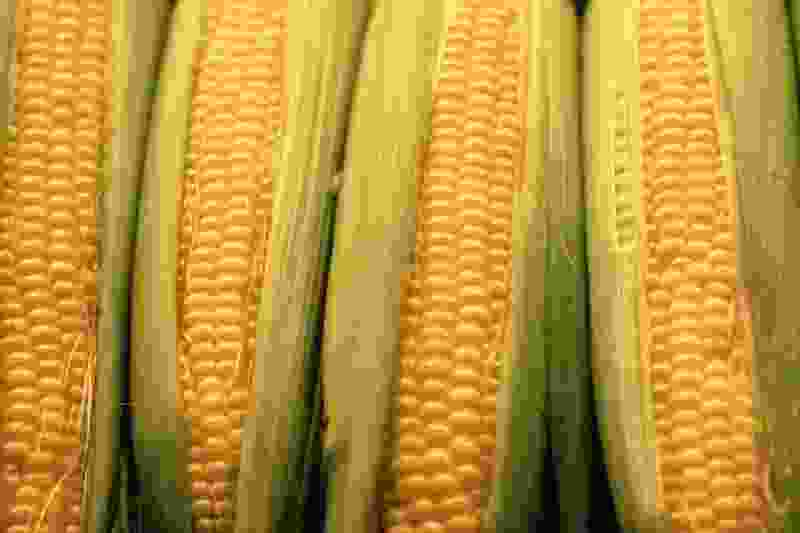 • Field corn or dent corn - dried out and made into animal feed. Also used as a grain in making chips and corn tortillas - grow big, heavy ears - majority of commercially grown in the world 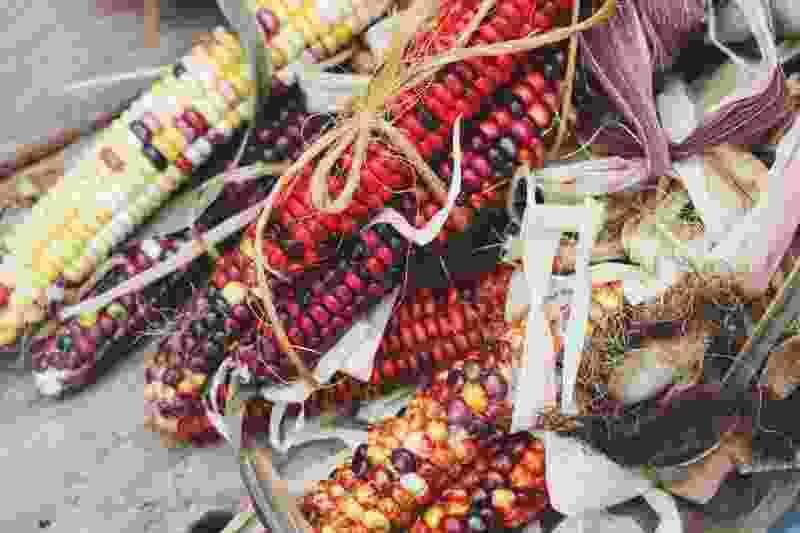 • Popcorn - oldest domesticated type of corn. Range of colors. Harvested when ears are dry and kernels hard. Nebraska #1 producer in US. 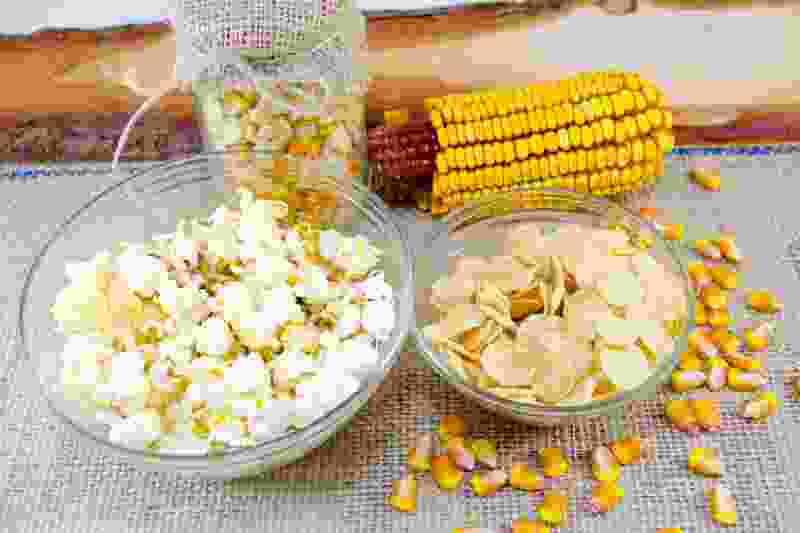 • "Specialty" corns include many kinds such as heirloom varieties which are not mass-produced; and flour corn which has a soft texture making it easy to grind.

Corn on the cob has a slightly crunchy texture on the outside and a tender one on the inside. Taste-wise, you get a sweet mouthful of a soft buttery flavor.

When popped, basically all popcorn is a tender bite of white fluff that doesn't have a lot of taste to it. However, you can enhance your snacking experience by putting butter, salt, spices, cheeses, caramel, and many other fun flavors over the bowl of popcorn. You can also alter the taste of the popcorn by the way you pop it: air pop vs. pan with oil vs. others.

Both field corn and flint corn are processed before made into something edible. 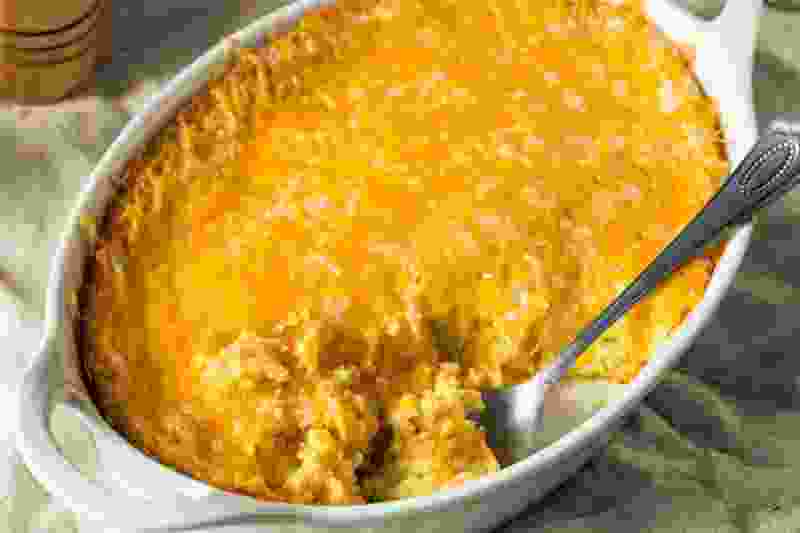 What are Good Substitutes for Corn?

As a substitute for sweet corn in a recipe, you can use peas, sweet potato, or jicama.

For a cornmeal replacement, you can turn to corn grits, polenta, or ground oats.

If you are out of corn flour? You can use polenta flour instead.

How to Cut Corn from the Cob

Before you cut any corn, you should shuck the husk (this is the green leaves wrapped around the ear of corn) and remove silky strings. The closer to cooking time you can husk the corn, the fresher it will taste. Wash the corn on the cob under cool running water to remove any remaining dirt.

You can cut the corn kernels off the cob either pre- or post-cooked, however, it is much easier to handle while it is raw and cool to touch.

While holding on to one end of the ear of corn, place the other end in a bowl, on a cutting board or baking pan. Using a sharp kitchen knife, and slowly slice down the ear from the top to the bottom. The kernels will fall off the cob.

Rotate the ear of corn and repeat the same cutting action. Do this until you have removed all of the Kernels. 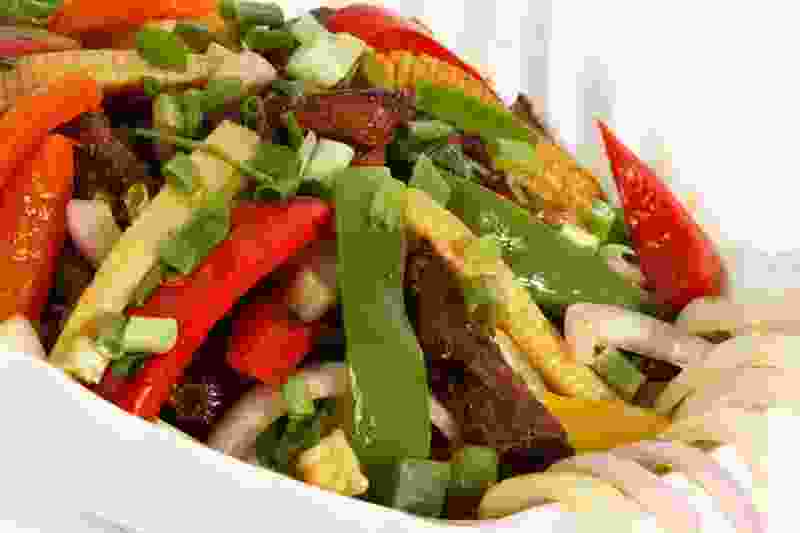 Can I Eat the Corn Husk or Should I Peel It First?

Before you eat any corn, you need to remove and discard the husk and silky strings. After the ears of corn are cleaned off, wash them under cool running water in the sink to remove and clinging dirt. It is best not to husk your corn until right before cooking it.

If cooking the corn in a campfire or roasted in an oven, the husks might be left on. However, it is a good idea to peel back the husk and remove the silky tufts, then reposition the husks back around the ear of corn. 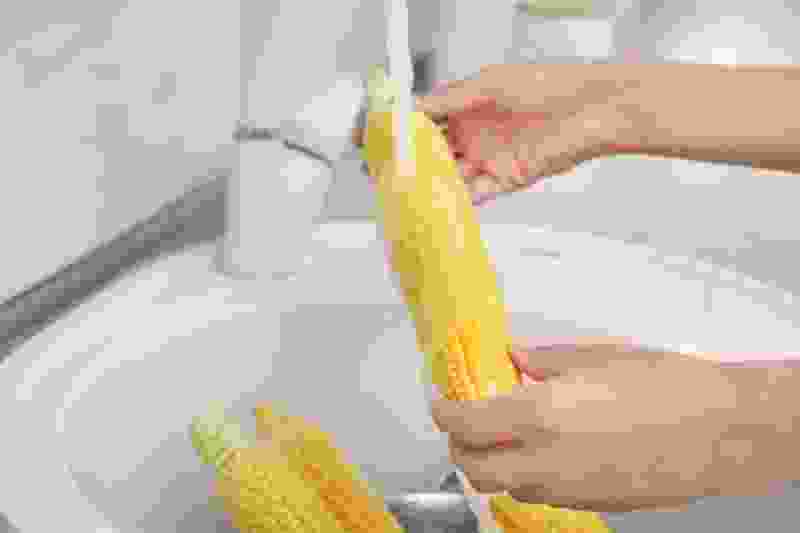 How to Make Corn Juice

To make sweet corn juice, shuck the husk and silky tufts. Rinse the corn kernels in cool running water. With a sharp knife, remove the kernels by cutting down the ear of corn while holding it in a bowl or on a cutting board. Rotate the ear and continue slicing until all the corn is off.

Place the corn in your electric juicer and enjoy your resulting refreshing drink. Corn is often mixed with other fresh juiced ingredients.

How to Store Corn

You can store unhusked sweet corn in the refrigerator for about 2 days without putting them in a plastic bag.

If the ears of corn are already husked, wrap them loosely in a plastic bag and store in the refrigerator for no more than 2 days.

Once corn is cooked, you can store it in the refrigerator either on or off the cob, in an airtight container, plastic bag, or tightly wrapped in plastic wrap. The cooked corn should last for 3 to 5 days when stored properly in the refrigerator. 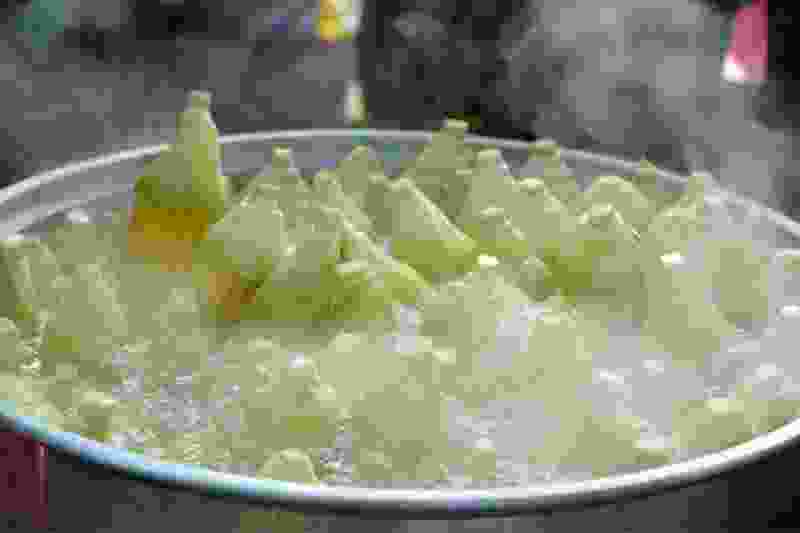 Can I freeze fresh corn on the cob?

Blanch the corn on the cob in boiling water for about 4 minutes followed by placing them into an ice bath to stop the cooking action. Place the ears in a single layer in a food quality Ziploc-type bag and put them into the freezer until needed. 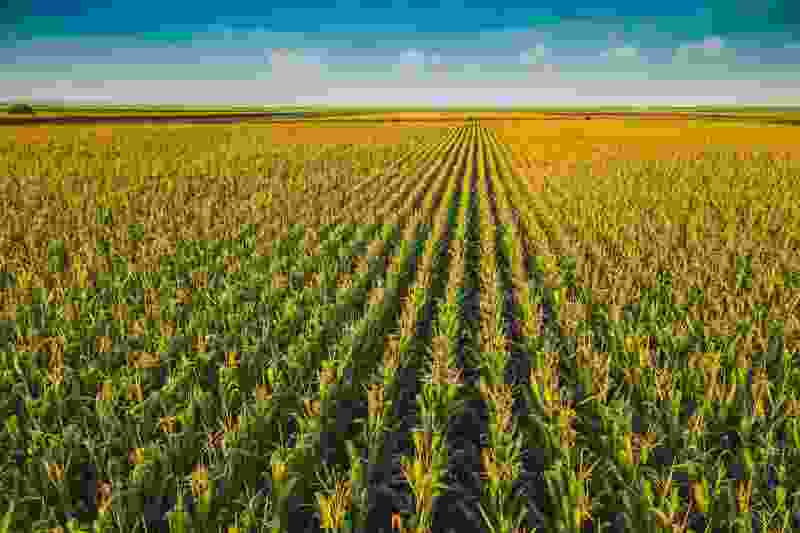 
How to Store Ear of Corn

General How to Store Corn Info

The sooner you use corn after picking, the sweeter it's going to taste. Corn's natural sugar turns to starch at an astonishing rate. Refrigerate corn immediately; do not leave corn sitting on the kitchen counter as the sugar turns to starch even faster during the heat of the day. However, corn is sensitive to chill-injury and should be placed in the front of the refrigerator where the temperatures tend to be higher.

If storing, wrap the unshucked corn in a wet paper bag to slow down the conversion from sugar to starch. Place the wet paper bag in an old plastic shopping bag and refrigerate. Corn will hold for 5 to 10 days.